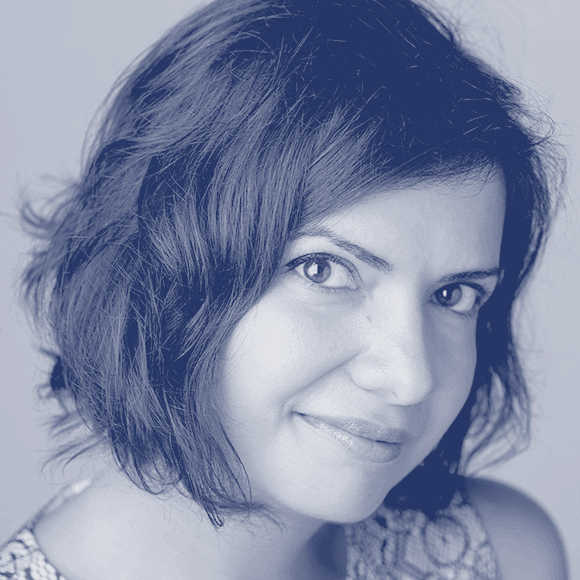 Dr. Nadine Chahine is an award-winning Lebanese type designer. She is the CEO at I Love Typography Ltd and the principal at ArabicType Ltd. She has an MA in Typeface Design from the University of Reading, UK, a PhD from Leiden University, The Netherlands, and a Master of Studies in International Relations from Cambridge University. She has numerous awards including two Awards for Excellence in Type Design from the Type Directors Club in New York in 2008 and 2011. Her typefaces include: Frutiger Arabic, Neue Helvetica Arabic, Univers Next Arabic, Palatino Arabic, Avenir Arabic, Amareddine, Makdessi, and Koufiya.

Nadine’s work has been featured in the 5th edition of Megg’s History of Graphic Design and in 2012 she was selected by Fast Company as one of its 100 Most Creative People in Business. In 2016 her work was showcased in the 4th edition of First Choice which highlights the work of the 250 top global designers. In 2017, Nadine was selected by Creative Review to their Creative Leaders 50. In 2021, Nadine served on the board of TDC.