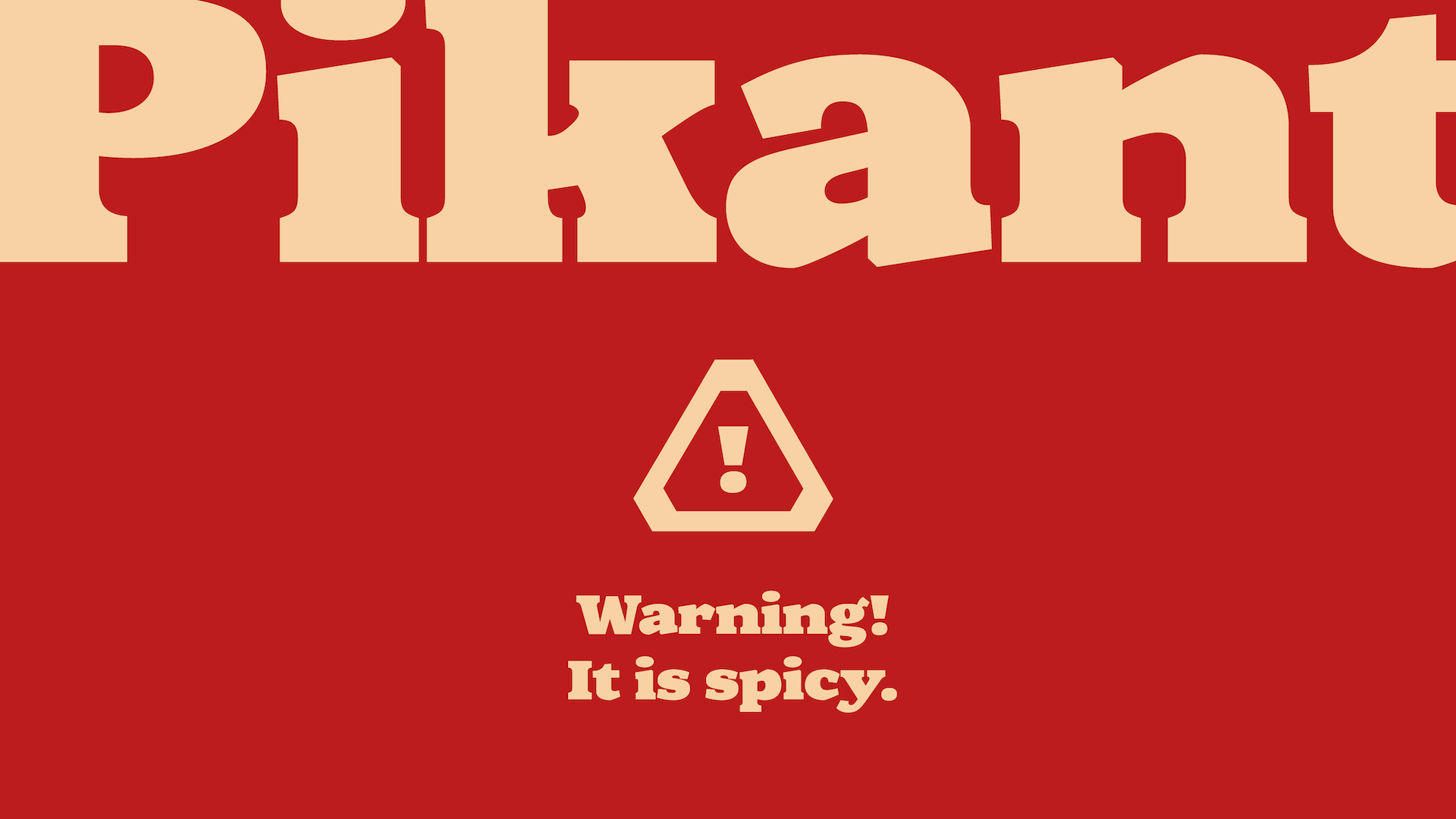 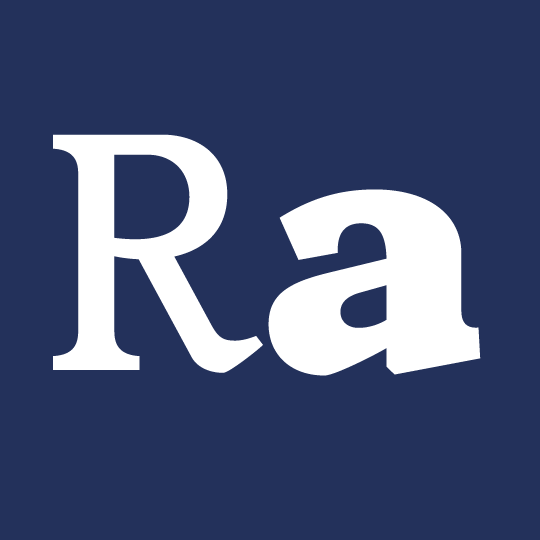 Pikant is a typeface inspired by Korean calligraphy. Originally, Hangeul letters are supposed to be minimalistic and geometric. But they have been showing up differently with brush movements. For example, the structure of Giyeok is simply made with two straight lines. But in brush calligraphy, it is drawn by 3 wrist movements. In this process, outer stroke and counter shape get different. This movement also make contrasts in one stroke. It can be darker if you press brush against paper. It can also be lighter and sharp when you end stroke. I tried to apply some of these features into latin script. Other than that, the structure stays in traditional serif typeface.

It consists of 6 weights, from light to black. Lighter weights go well with text, but bolder weights are suitable for display.

It was difficult to balance between visual references and the structure of latin alphabet. I was told by instructors several times that some parts are weird to go with alphabet. So, I removed and changed these characteristics I brought from brush calligraphy. For instance, in the early drawing of letters, the direction of serif was tilted to left. I brought it from the horizontal bar of Hangeul calligraphy. This approach is opposite to the latin one. Serif is usually tilted to right with broad nip pen. Therefore, I straightened them up. In addition, I rounded all the corners at first not to have pointy ending. However, it caused difficulty in having refined lines and in interpolation. The problem was that they are not seen in small sizes even though I put efforts in making them. I realized that we have to consider our working process. In this way, we can differentiate main features from obstacles and simplify our work.

What I found interesting in this program was the extension of family. I learned that we are going through different experience in making roman, black and italic. With roman and italic, we try to make more perfect shapes. Making extreme weight of typeface lets you know how to deal spaces in letters. The process of compatibility makes you compromise in design. But in type design, compromising is rather about making decision than giving up. 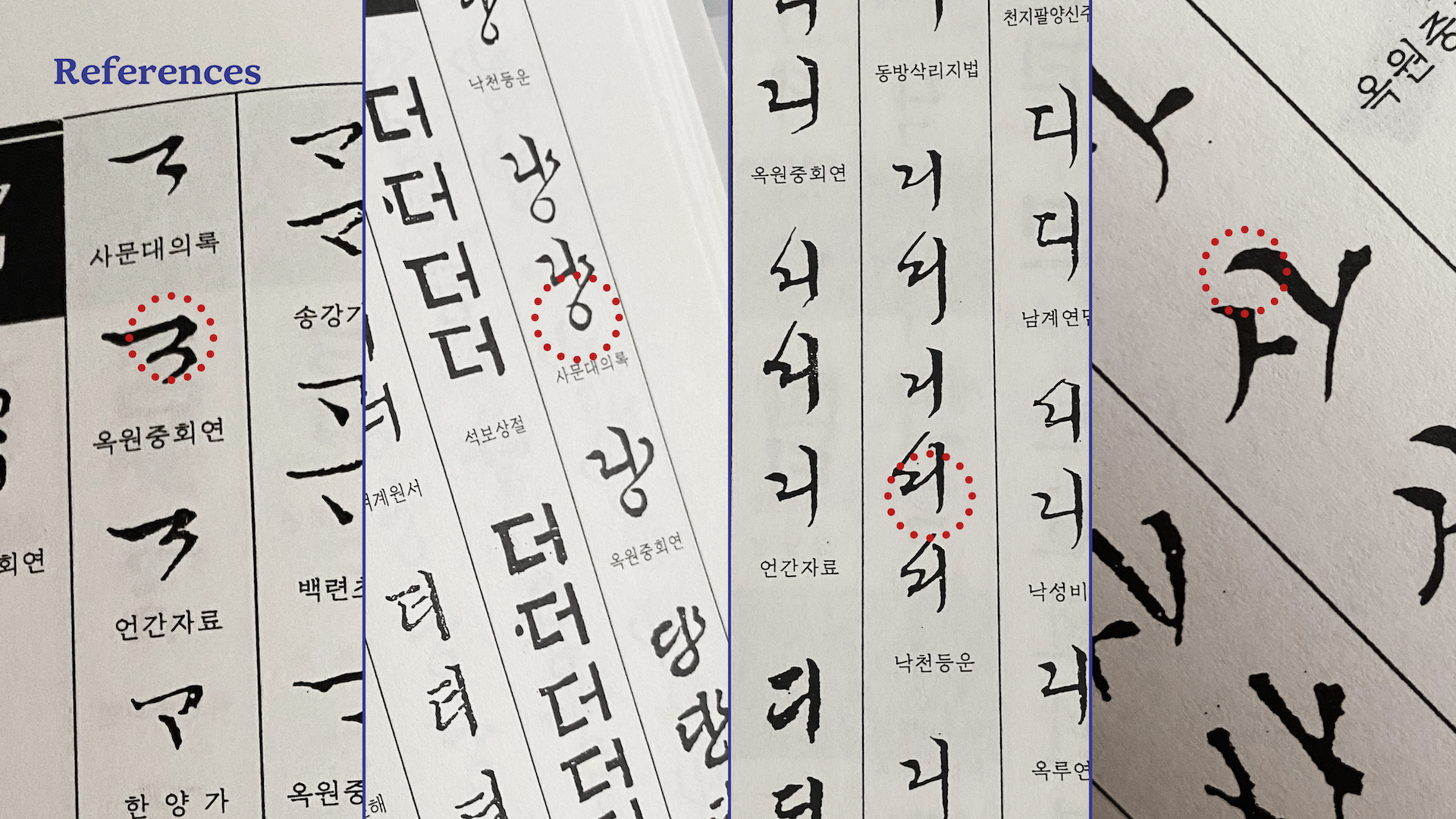 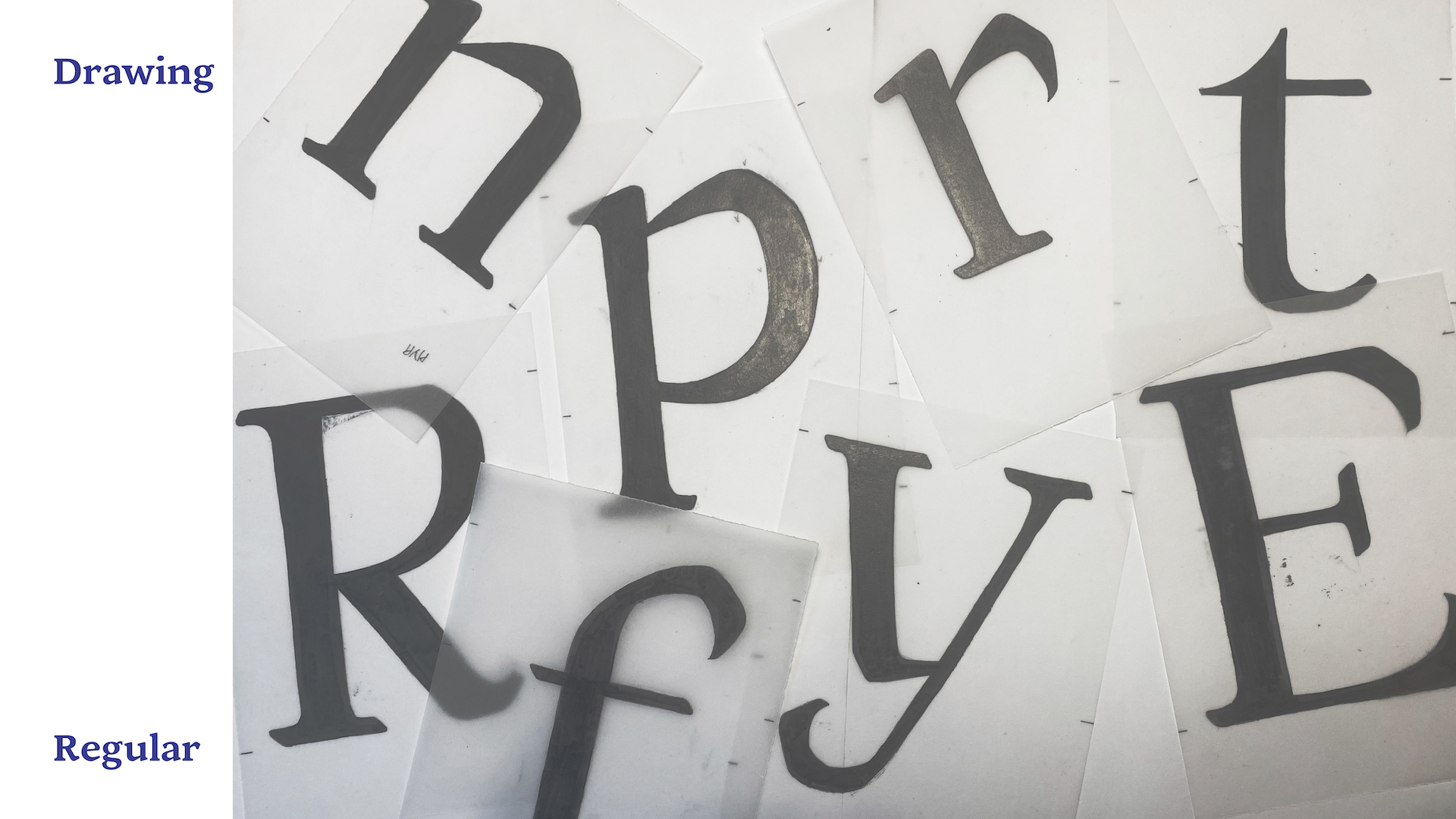 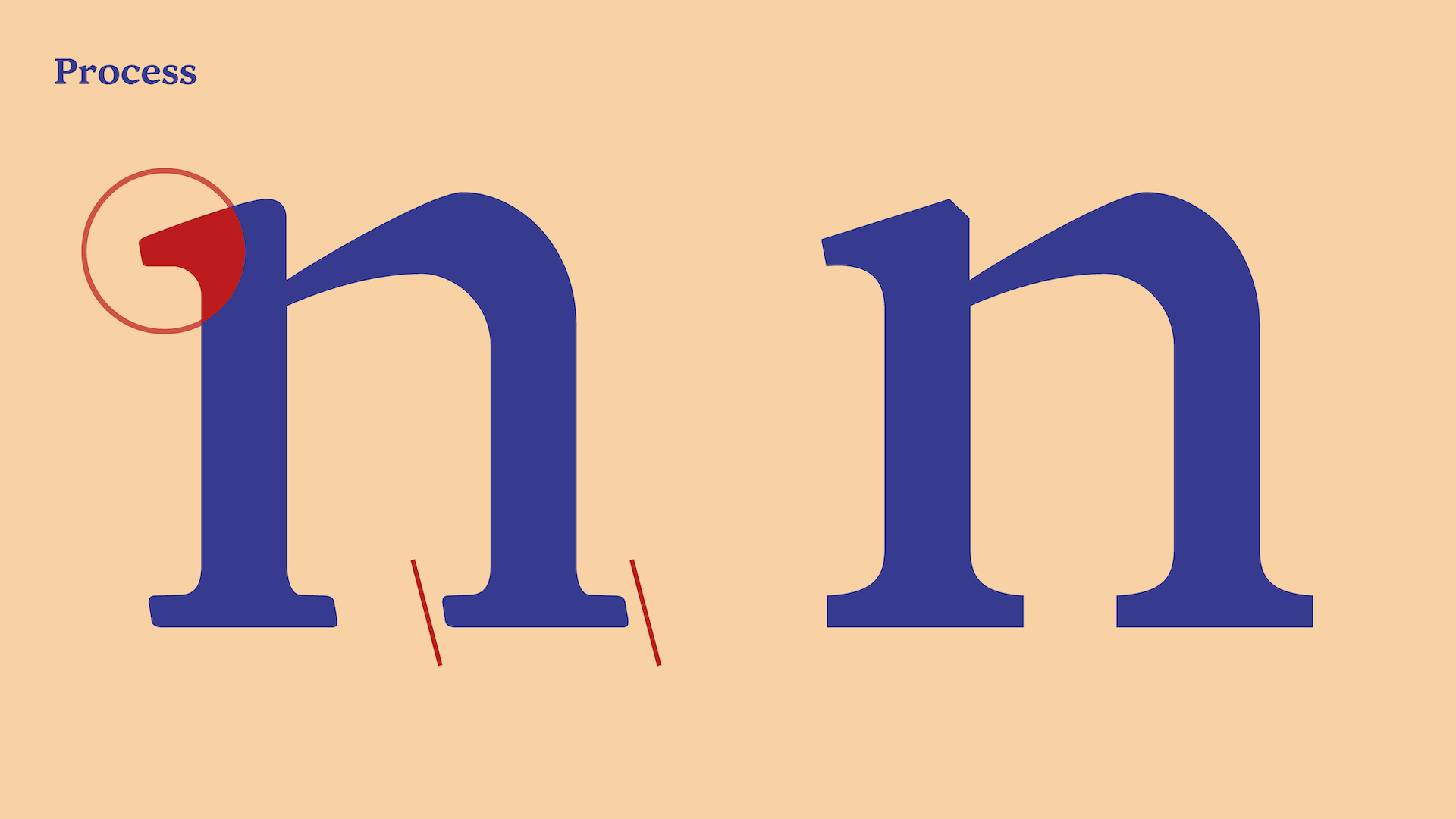 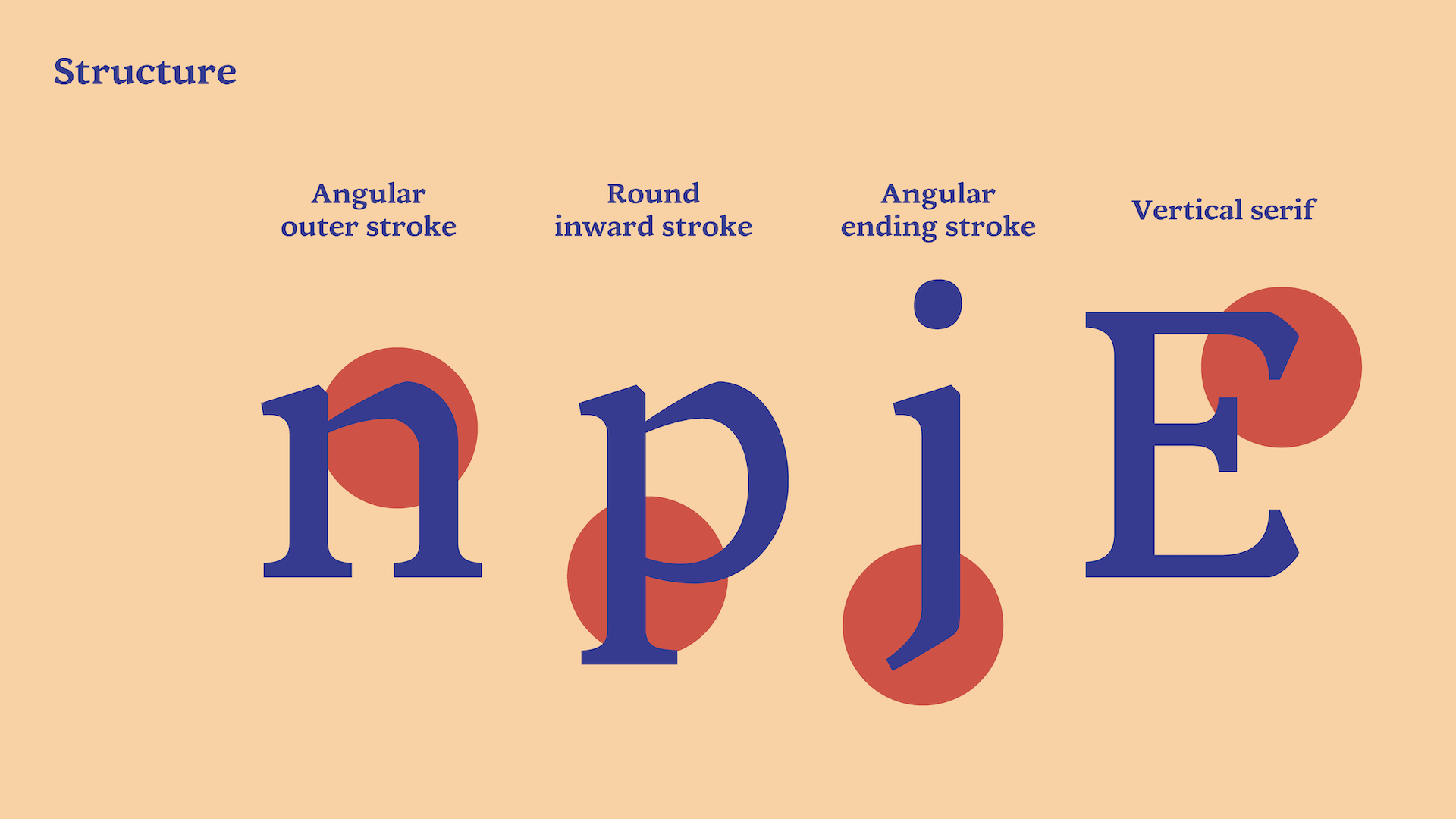 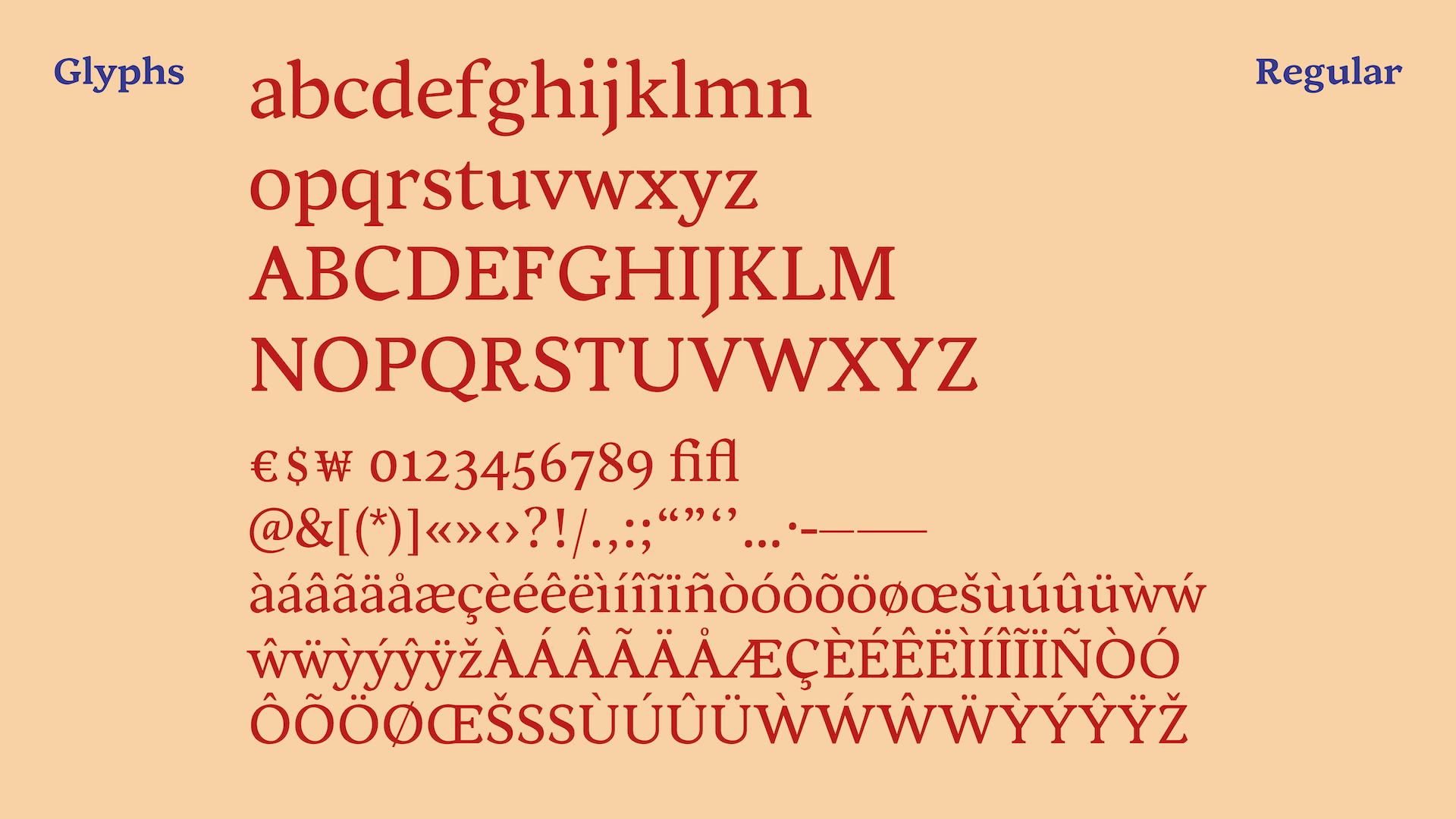 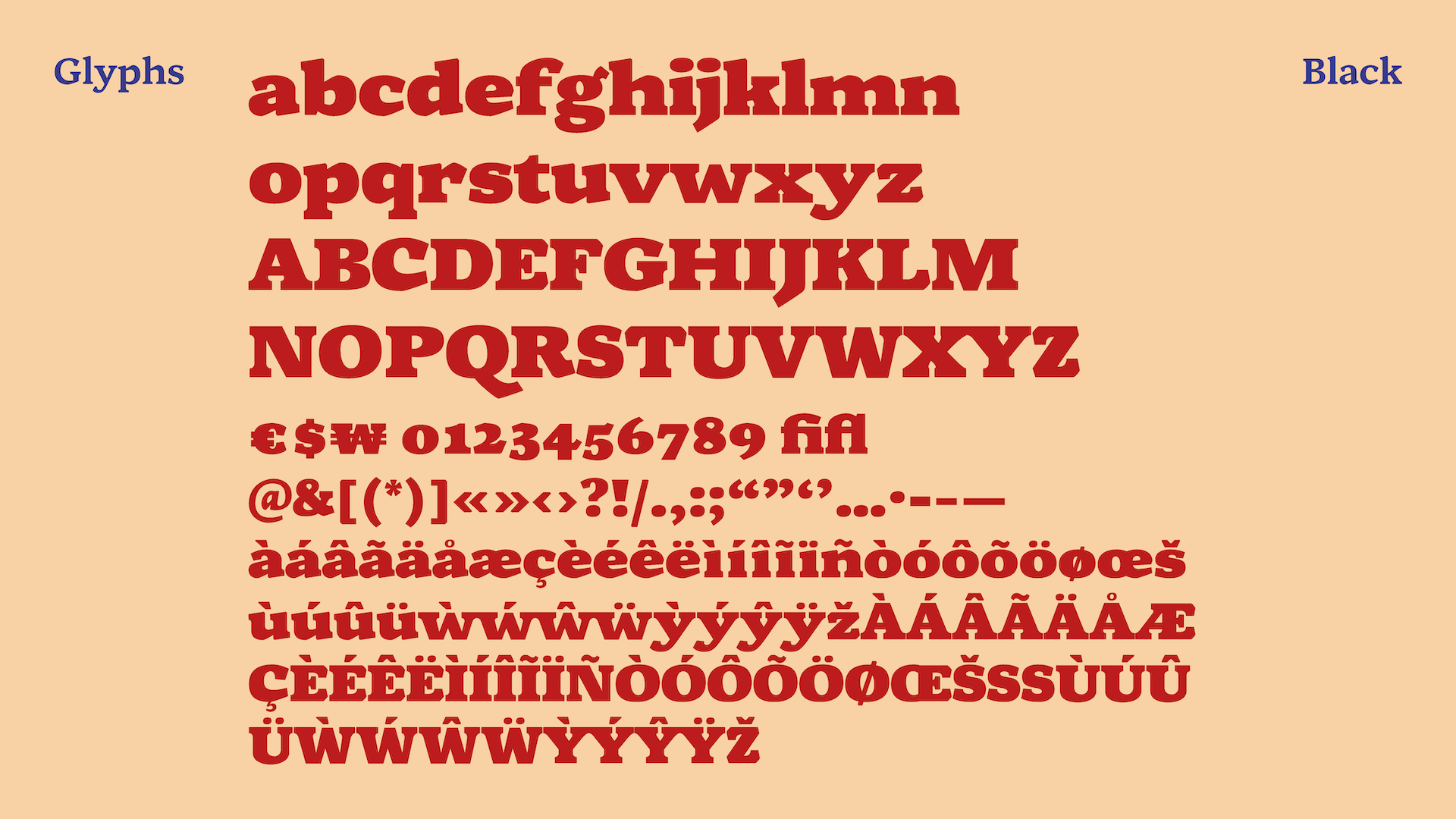 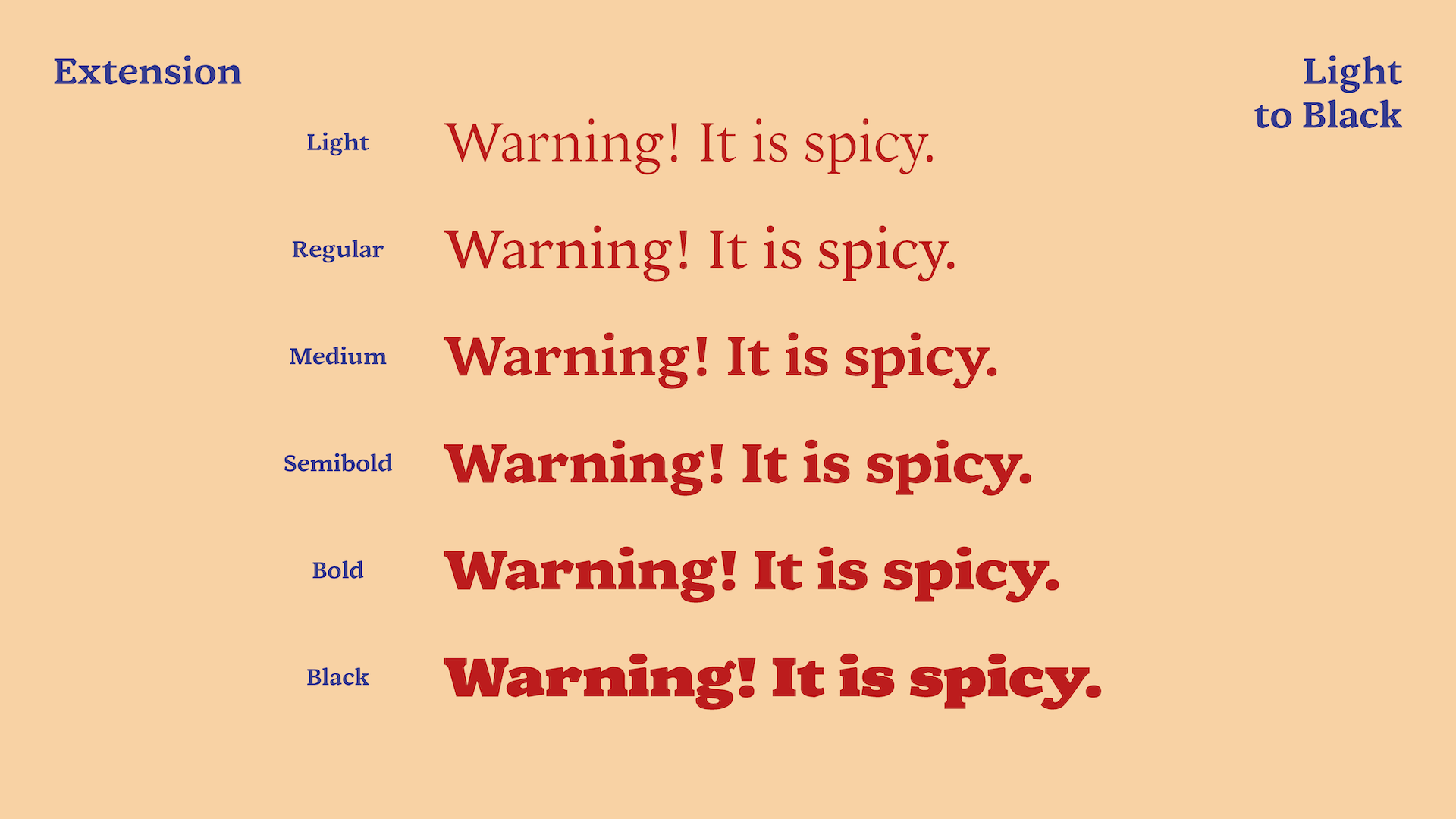 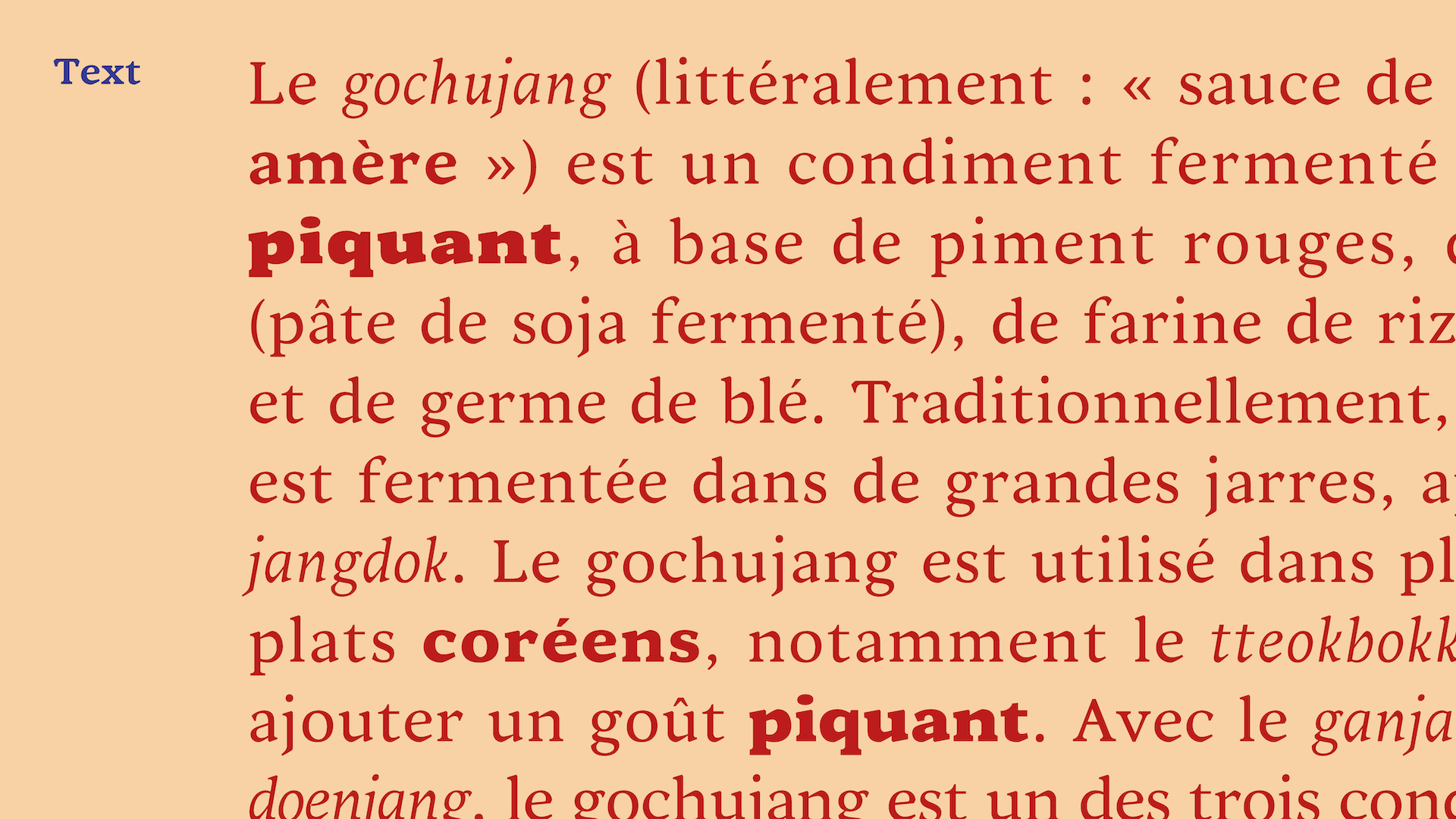 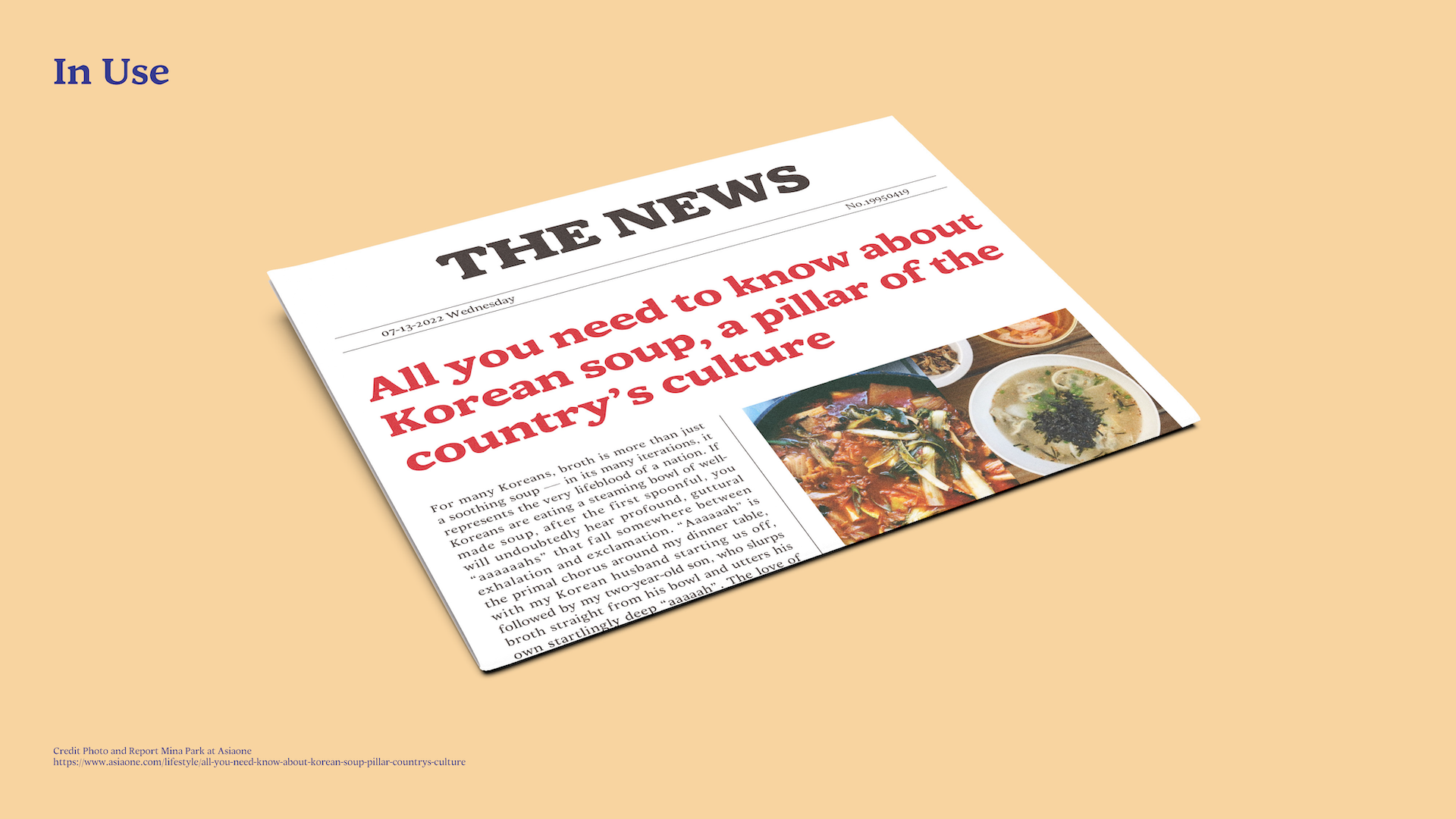 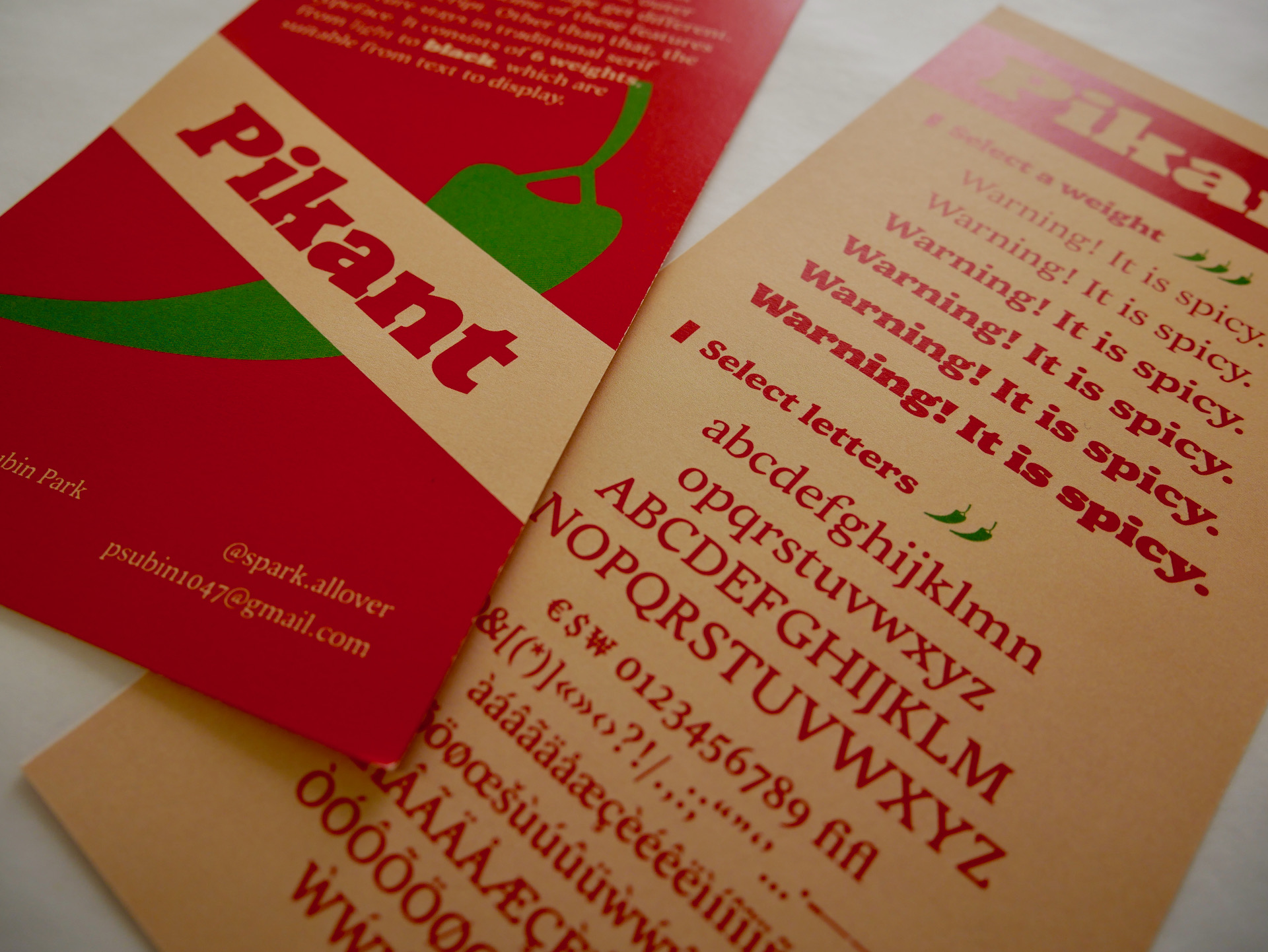 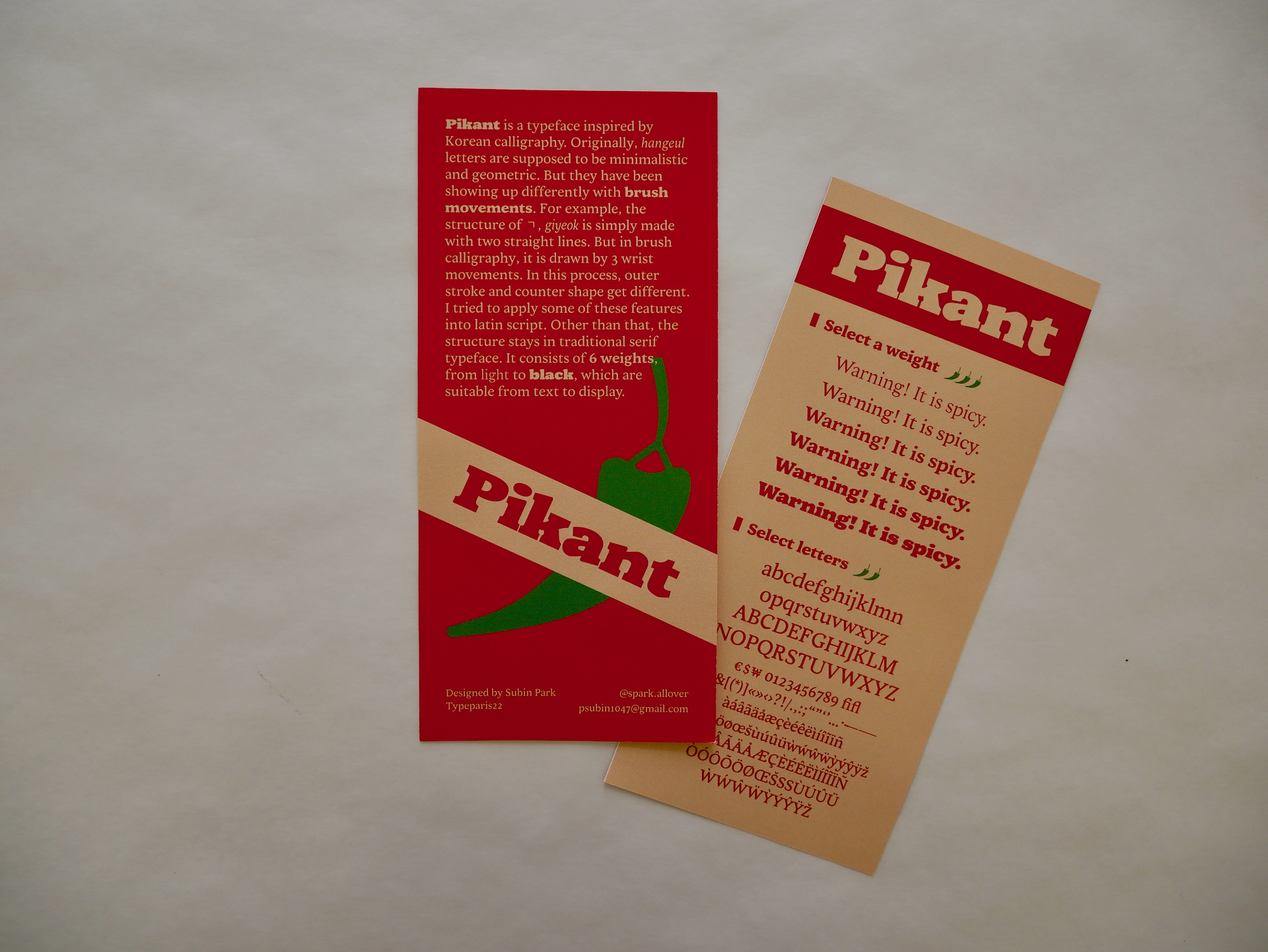 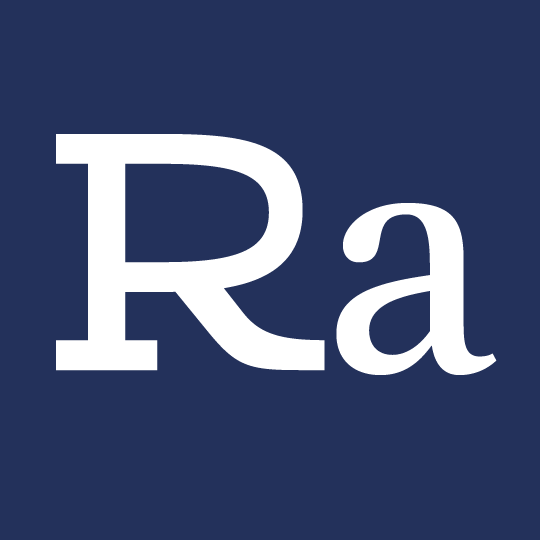 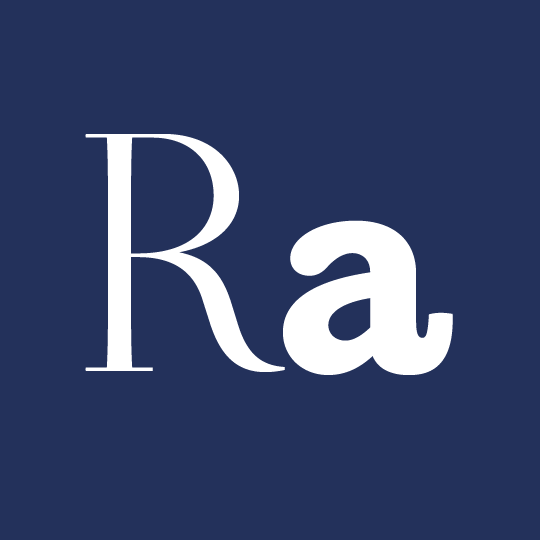 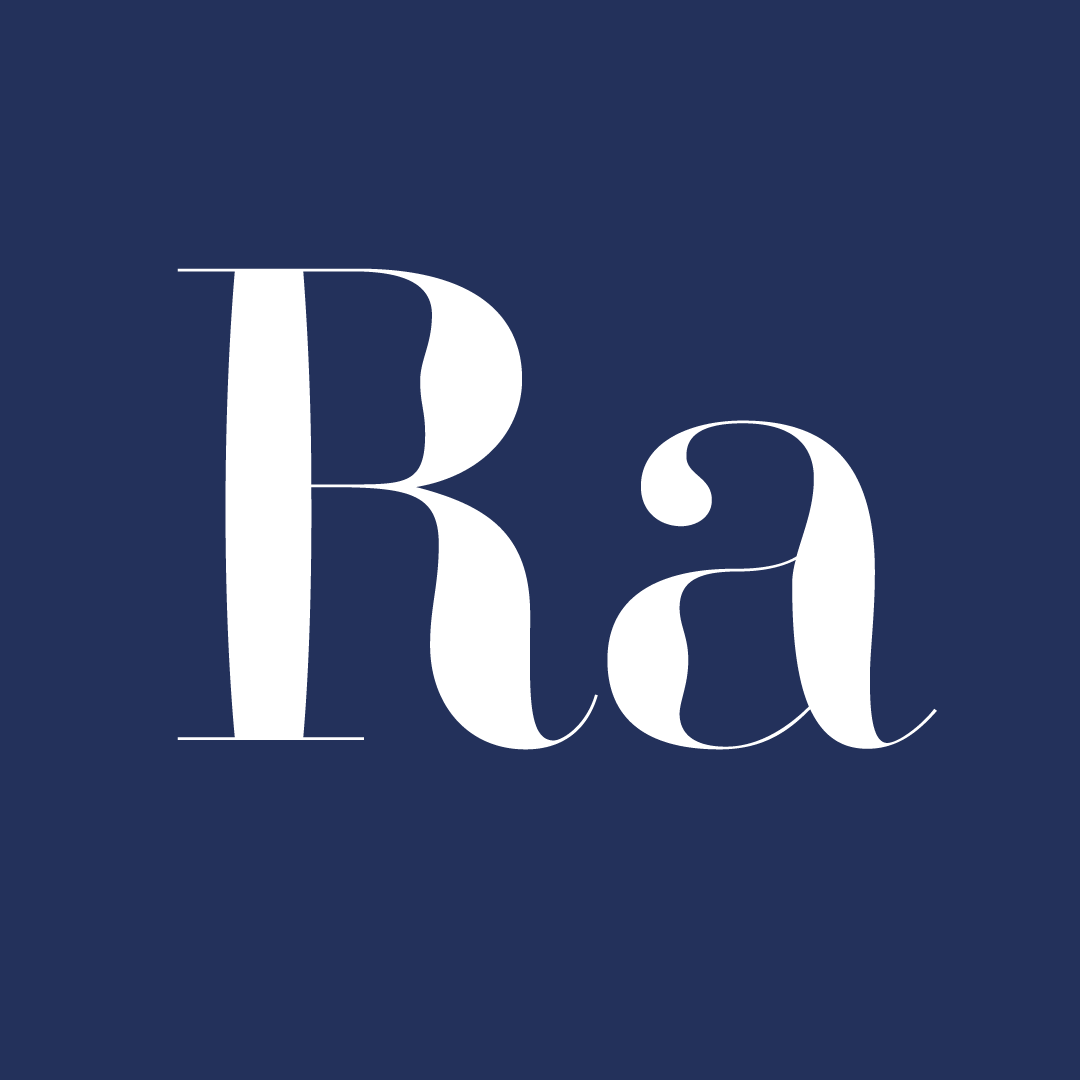 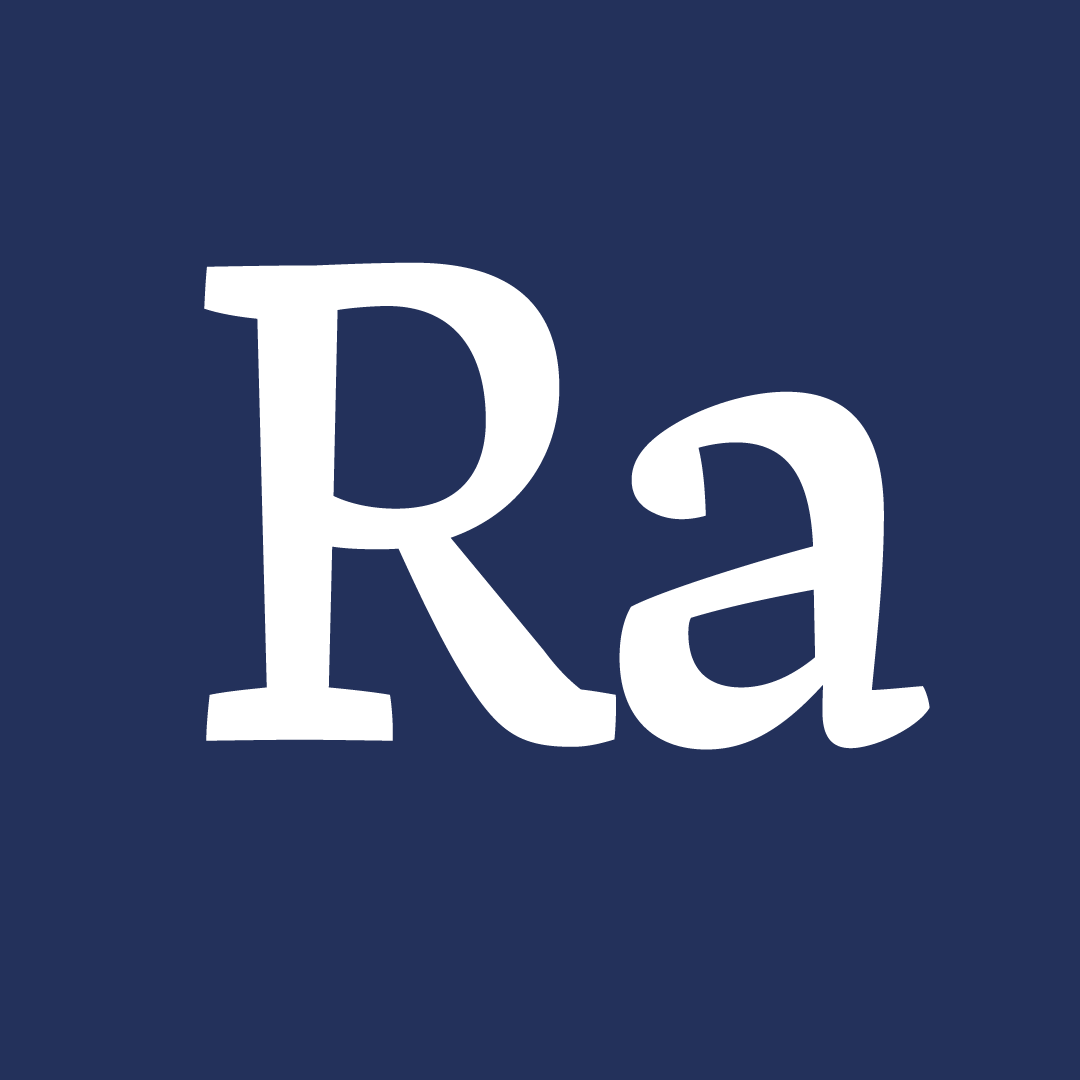 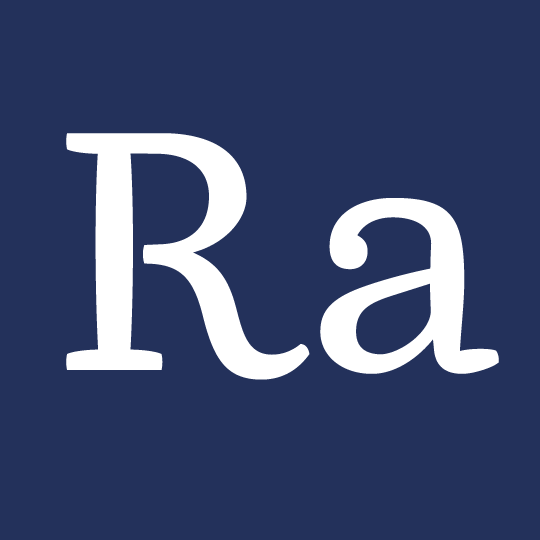 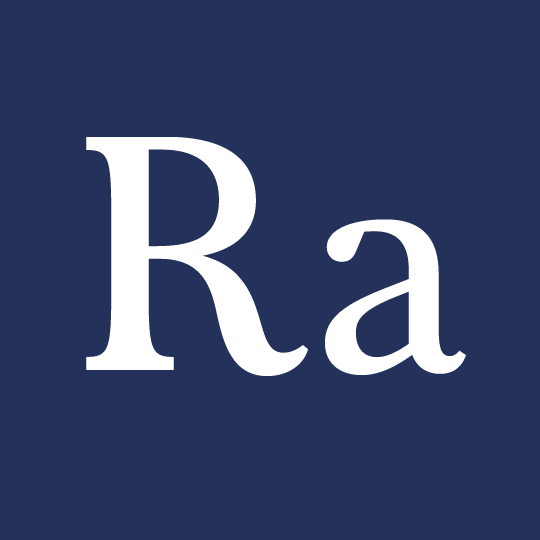 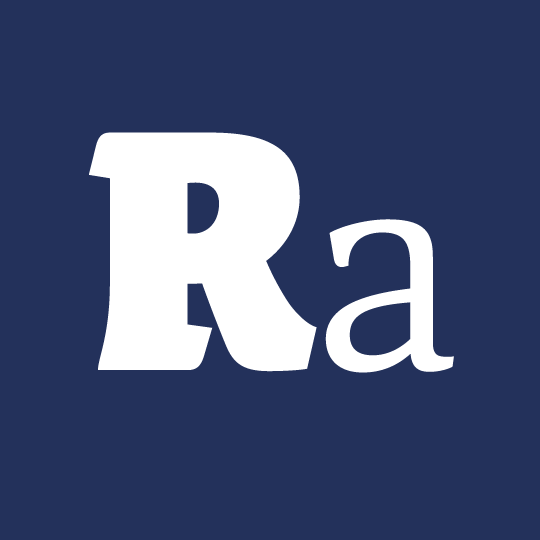 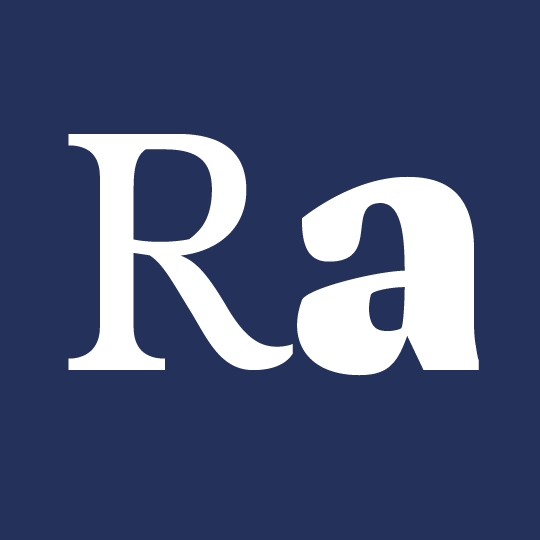 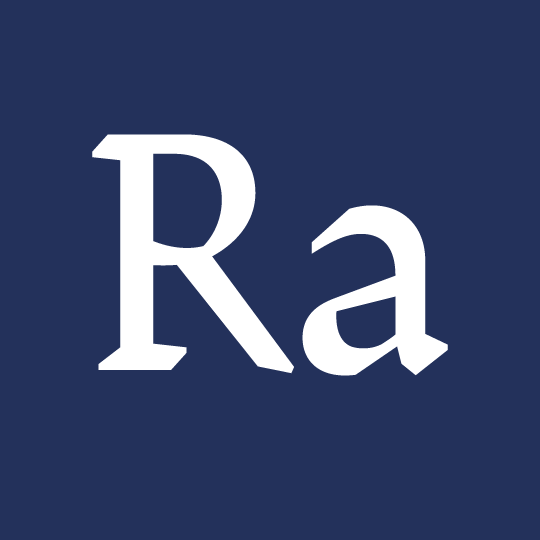 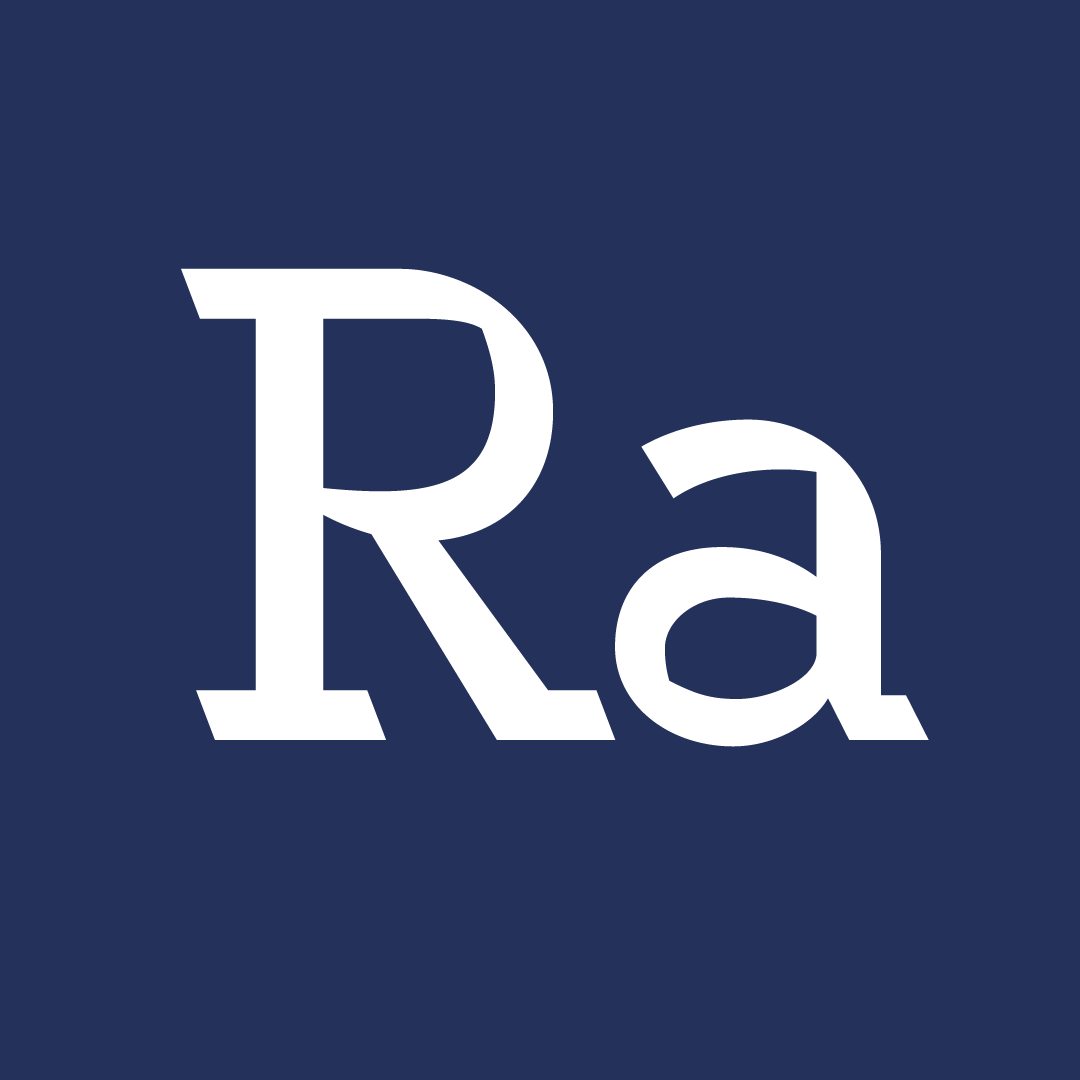